Middle school students use art to fight for nature.

Underneath the concrete-covered-creek on a school’s grounds, this documentary shows a generation of students’ surprising dedication to their future as they struggle over nearly a decade to re-naturalize their creek into an outdoor classroom. Fighting for their education and their environment, they make use of an unlikely weapon, art.

Daylighting the Classroom is a digital documentary film that follows Shimshon Obadia, an Interdisciplinary Eco Artist leading the Daylighting the Classroom Project in partnership with The University of British Columbia’s Eco Art Incubator research initiative and British Columbia’s School District 23. This project’s mandate is to use eco-art to re-envision education and the role of the natural world in school curricula. Obadia uses eco-art to connect public school students with their more-than-human community. This project began in 2013 to try to bring attention to École KLO Middle School’s long-term struggle to restore the often flooded concrete-covered wetland habitat that once ran through their school grounds. Initiated by students’ discovery of blue-listed Western Painted Turtle eggs in their long jump sand pits, this school’s community began to restore the species’ disappearing habitat. Originally challenged to raise $100,000 for this habitat’s restoration, multiple “generations” of students, with the assistance of their science teacher, Michelle Hamilton and the school’s Green Committee, remarkably brought a wetland and an outdoor classroom to their school. Unfortunately, after nearly a decade-long-struggle, many of these passionate students would sooner graduate university than see the restoration of their creek… and it almost didn’t happen. Although at many times, there was much dismay and disappointed, through work on this issue, the students and teachers involved ended up creating a process of discovery – how the natural world is an educational resource gold mine. Through eco art implementation in their education, these students began showing an aptitude for learning far beyond what is regularly observed of middle school students in a traditional classroom setting. This documentary addresses the role of eco-art in the classroom, and helping students negotiate the disappointments and obstacles of bureaucratic intransigence and even, some might say, of dismissal of children’s right to learn from and steward the natural world. 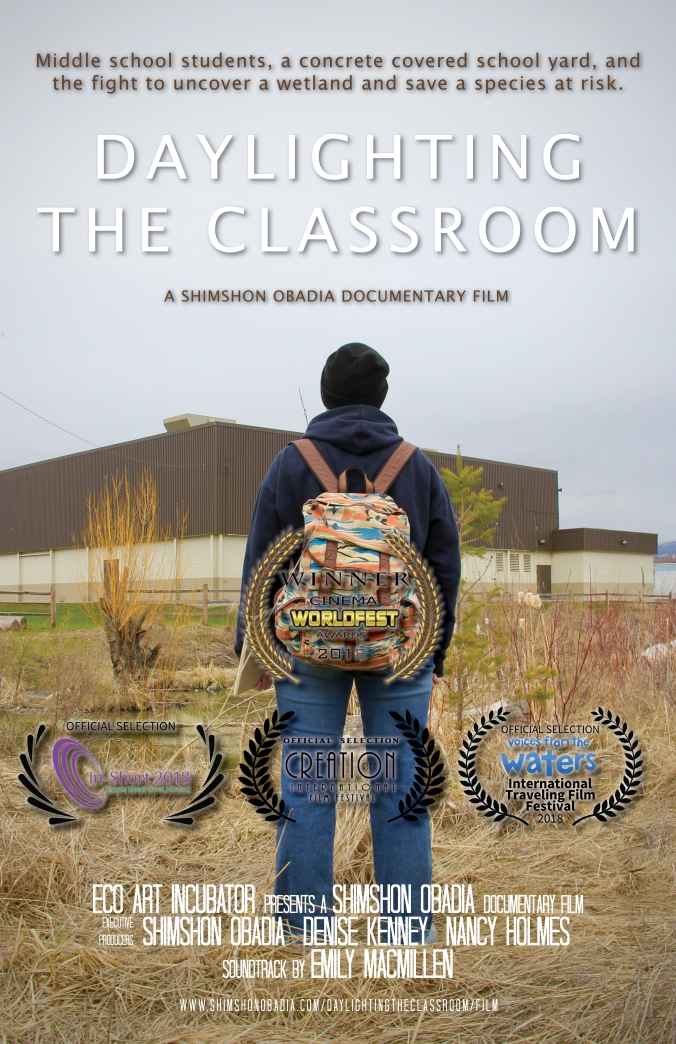